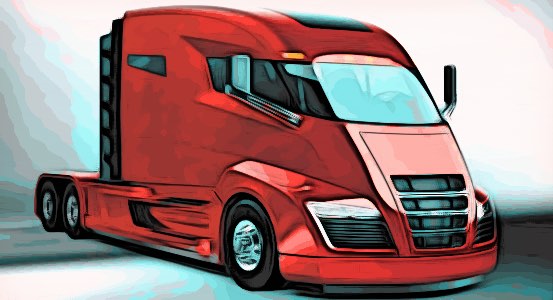 Or: Why We’re Not Changing Our Name to MATCO Anytime Soon.

We’ve explored the possibilities and possible implications of new vehicles in this space. Some seem very promising, like the Nikola One hydrogen-powered semi-truck. And some give us eyebrow-raising pause, like autonomous-driving fleets of trucks. 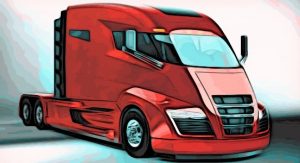 Now comes news that Tesla, the electric car maker, spearheaded by entrepreneur Elon Musk, is entering the market with its Tesla Semi.

First, let’s back up a bit. After Sony marketed the Betamax video format in 1975, JVC introduced the VHS format a year later. While experts mostly agreed that Betamax was the superior device, VHS won the war. Consensus is that it did so because of a slicker marketing campaign. It wasn’t the first time better quality got beat by better marketing from the competition, and no doubt it won’t be the last.

Now, we can’t speak to the quality of either the Nikola One or the Tesla Semi because they both remain for now in prototype modes.

That said, the fact that two major players are developing alternative-energy vehicles for large commercial applications speaks to power of both market and energy trends. These vehicles look primed to alter the supply and demand landscape for more fuel-efficient transportation.

We especially like that Elon Musk, who’s behind SpaceX and its literally out-of-this-world exploration, differentiates between that and what he calls “Terrestrial Transport.” (While we’d love to create a division here called MATCO—Martian Transport Concepts—we really like serving North America for now from our home in Arlington, Texas.)

Yes, there are some challenges to conquer before either Nikola or Tesla, or other competitors, have a viable format that we’d be comfortable utilizing. Among those:

Price Point. How will costs—to 3PLs, to carriers, to customers—be affected?

Torque. The question is simple: can alternative energy effectively pull our specialty, the Heavy Haul/Oversize Load? The answer, still unresolved, likely is much more complicated.

The Competition. Oil and gas is a powerful industry, with a lot of entrenched influence on policy and practice. Will they adapt? And if so, how will they adapt?

When it comes to innovations in transportation that provide low emissions and cost-effective measures, we’re optimistic about the possibilities.