Swinging Back and (Mostly) Forward.

We’ve been closely following the rules and regulations of the electronic logging device (ELD) mandate for U.S. carriers. 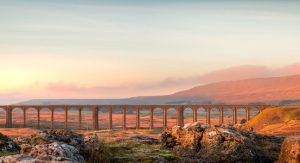 Financial savings: an estimated $2.4 billion per year, which is higher than the estimate of $1.8 billion to install, prepare, and train for the ELD mandate itself.

Organizations and some elected officials have campaigned to delay the December 18, 2017 deadline for implementation. Most recently, the House of Representatives recently rejected H.R. 3282, which sought to delay full rollout by two years.

So, the ELD mandate is again on schedule. Simply put: this means that carriers driving interstate commercial vehicles since and including model year 2000 are required to install and activate their ELDs or face fine and/or face being put out of service.

Of course, there is a bit of wiggle room here. The Commercial Vehicle Safety Alliance (CVSA) says that the 10-hour out-of-service component will kick in April 1, 2018.

FMCSA spokesman Duane DeBruyne says, “After Dec. 18, 2017, if you don’t have an AOBRD or ELD the violation will be cited, and a driver could be fined, but they won’t be put out of service. Companies that continually violation the rule could be subject to federal investigation as well.”

What that does is not exactly delay the law. Rather it provides the industry a period of time to adjust to the mandate.

Rules is rules: Everyone—both owner-operators and larger fleets—will now face the expense of purchasing the device. And yes, there’s a chance of attrition: A percentage of seasoned carriers might choose to retire from the industry.

As we’ve seen throughout this long process, you can fight city hall…though you might not win. That said, the industry has long been essential to the health of the nation’s economy.

We’ve adapted, and adjusted, and kept on rolling.

The FMCSA maintains a Frequently Asked Questions page regarding the ELD Rule.