Old School Trucking At Its Finest 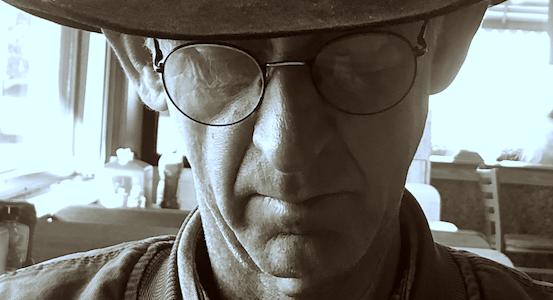 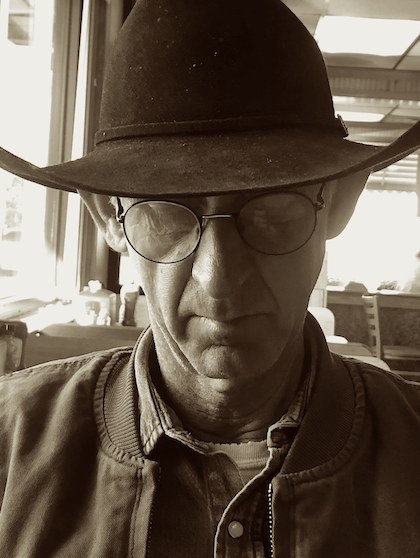 We just love it when experience and honesty and smarts all arrive in the same driver.

That’s Danny Ray. He just helped us get a combine to Bay City, TX. As Cori spoke with him to set up the movement, it reminded her of the skills and know-how of this group of drivers that have been on the road for 40+ years. Their chat sparked memories for Cori of her own family’s background in transportation.

So, we gave Danny another call. He wove a summary of his life story. We were tickled and touched and reassured by his down-home, straightforward integrity.

Hailing from Missouri, Danny’s been driving since he was 16 years old. His first load (yep, a combine) was with a ’78 Freightliner to Brownsville, TX.

When he started his own business ⏤ Danny Ray Trucking ⏤ in 2004, he focused on farm equipment. And that’s how it’s been through the years.

Connections: Danny’s mom and dad farmed for a living. Watermelon, cotton, corn, beans, wheat. When his dad got out of farming, he went to work with an equipment company that focused on…farm equipment. Connections.

We say “old-school” with the greatest of respect for Danny. Here’s a great example:

“The people I deal with, they call me. I give them a price. We agree on it. When I get the machinery there, I get paid for what I deliver. It’s all verbal and vocal.”

Danny runs a thousand to 1,500 miles on an average trip. Sleeps in the truck most of the time. He says, “I used to stay in a motel when it was 50, 60 dollars. Now it’s usually over a hundred dollars a night.”

On truck stops: “I like the mom-and-pop restaurants and truck stops. When we lost the 76 truck stops, we lost truck stops. You pull up. You go in and eat. It’s fueled up when you’re done eating.” 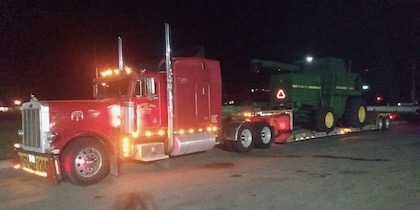 “The best upside is me making a good living,” says Danny. The downside? “I missed a lot of being with my kids as they grew up. They understood that I had to make a living. No hard feelings or anything. Their mom raised them good. Now, my oldest daughter works for me, takes care of the paperwork, dots the i’s and crosses the t’s. My son drives.”

And this gem of a story:

“I was driving for a guy one time in Louisiana. He had a GMC hauler with the rack up over the cab. He put some stuff up top. I was behind him. Went around a cove. Three pieces came off, went into a guy’s yard. Guy came out and said, ‘What you gonna do with that?’ I said, ‘I’m gonna give it to you.’ He said, ‘That’s fair enough.'”

We say: be as dazzled as you need to be about technology. Sometimes we are, too. Yet, at the beginning and the end of the day, it’s all about being human.