Back to the 3PL Future

Transporting Through the Week

No Rest for the Industry 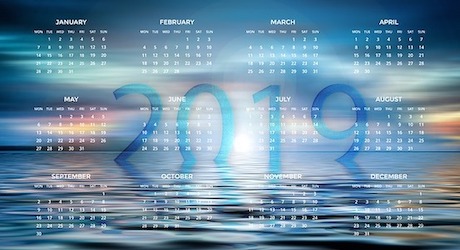 NATCO: Working Through the Weeks

Everybody loves a three-day weekend, right? Not really. Think about those of us working in transportation, in retail stores, in movie theaters, and so on. No rest for people in those sectors. The kids may be out of school, though not necessarily their parents, who need to do a childcare or playdate dance to secure arrangements.

Most of us love a holiday. With that in mind, much has been made of a four-day work week. Would it work in the third-party logistics industry? Let’s look at the averages first.

The traditional working week is eight hours a day, five days a week, typically Monday through Friday. Let’s say we switched over to a four-day week, Monday through Thursday. And let’s say we put two extra hours into those four days. Yes, there are different ways to reach 40 hours per week.

Does it work? A number of cities and businesses have experimented with the concept, with varying results. Very few seem to have really taken hold in the United States. Then there’s this:

“Workers at Microsoft Japan enjoyed an enviable perk this summer: working four days a week, enjoying a three-day weekend — and getting their normal, five-day paycheck. The result, the company says, was a productivity boost of 40%.

“Microsoft Japan says it became more efficient in several areas, including lower electricity costs, which fell by 23%. And as its workers took five Fridays off in August, they printed nearly 60 percent fewer pages.”

Good for them. Would that work for us? The short answer: no. The long answer: heck no.

Ask any carrier, ask dispatch, ask a shipper, ask the receiver. At their foundations, commerce and trade depend on timely delivery of goods and services. If a movement of freight needs to arrive on a Friday at 8 o’clock in the morning, those who depend on it cannot wait and aren’t going to adjust to or accept those terms of service because some other company has decided to alter its work week.

Beyond that, our work does not exist in a closed universe. We interact with hundreds of people in tens of different branches of the transportation industry. Given time zone differences and “regular business hour” differences, nobody is on the same schedule.

That said, NATCO’s 24/7 availability is what drives our commitment. We admire those with the ability to pack it into a four-day working week. The truth is, we like the work. And really, we can’t remember the last time we only worked 40 hours in a week.