Propping Up a Crumbling Infrastructure. 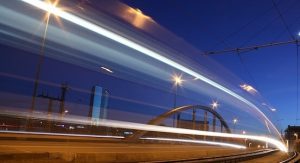 Team NATCO is keenly interested in roads, bridges, weather, and the march of time, all of which combine to create sometimes challenging and dangerous conditions for our carriers. We keep on top of the warnings and, while alternate routes might add to the time factor, we’ll always opt for safety over speed.

With news of our crumbling infrastructure popping into the headlines this week, ARTBA—The American Road & Transportation Builders Association—has issued a timely report on the state of our nation’s bridges.

Highlights of the report include:

Dr. Alison Premo Black, chief economist for ARTBA, says, “An infrastructure package aimed at modernizing the Interstate System would have both short- and long-term positive effects on the U.S. economy.” Traffic bottlenecks, she says, costs the trucking industry alone over $60 billion per year in lost productivity and fuel, which “increases the cost of everything we make, buy or export.”

Rusting steel on the bridges is a major cause of structural deficiency. And we get to that point through a number of factors, including severe weather, lack of funding for bridge repair, and neglect.

We know of a woman whose job for many years was bridge repair in New York City. She’d start painting rust-proofing material at one end of the Manhattan Bridge. By the time she finished, she’d return to the original side and begin all over again.

A strong infrastructure has a direct effect on transportation, commerce, safety, and the nation’s health.