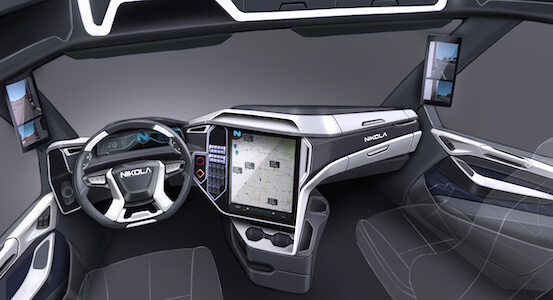 This Bud’s for You 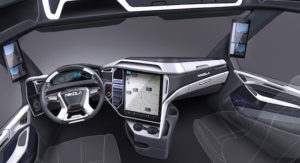 Businesses tend to mention “critical mass” something transitions from a concept to a viable product. When that product has the ability to be an industry disruptor, people—and companies and CEOs and stockholders—take notice.

Which brings us to the Nikola Motor Company, one of our favorite topics in this space. They’re phasing into production the Nikola One, a semi-truck that’s powered by hydrogen fuel cells. (Hydrogen is the most abundant element in the known universe.) Up to 1,200 miles between recharging, which will take 15 minutes. The emissions? Water. That’s clean energy at its most promising potential.

Anheuser-Busch—maker of Budweiser—has ordered 800 Nikola One hydrogen-powered Class 8 trucks. The company is projecting that its delivery fleet will be completely powered from renewable energy by the year 2025.

Its order now means that, to date, companies have now placed some 15,000 electric truck and bus orders (up from 9,000 just ten weeks ago). A very impressive number. A more-than-good start.

(Almost) naturally, there’s controversy accompanying the hydrogen situation. Gas and oil companies are keenly tuned in to the progress, balancing projections of their current energy dominance with potential disruption of clean-fuel-powered vehicles.

Alongside that, Nikola sued its main competitor, Tesla, for $2 billion, alleging patent infringements. The lawsuit remains pending. And yes, when one company uses the first name and the other the last name of Nikola Tesla, the extraordinary inventor, there’s likely to be some family squabbles.

Outside the courtroom, though, Anheuser-Busch estimates that the carbon emission savings through the switch to hydrogen fuel cells will be like removing 13,000 cars from our roads.

And an interesting business model is in play: Nikola has stated that it will build some 700 fueling stations by 2026, with locations informed by its customers’ needs. As in: if Anheuser-Busch needs hydrogen fueling stations within an 800-mile radius of St. Louis, Nikola would campaign to honor the request.