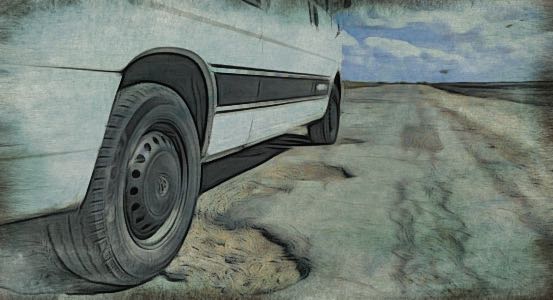 The Effect of Roads on Vehicles.

Our infrastructure is a major component of what keeps the national and state economies humming.

Sometimes we patch up roads, repair bridges, refortify tunnels. Sometimes we build new ones. In the short view, it’s cheaper to repair. In the long view, repairing almost always costs more than building something that’s newer, stronger, and better than what it’s replacing.

Infrastructure is a huge, complicated, contentious issue, and we’re not going to tackle that whole thing. Instead, let’s look at a specific example: the pothole. 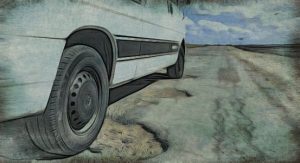 Beware the Pitfalls of Potholes

We’ve put men on the Moon (which, from Earth, is filled with what looks like thousands of potholes), yet we haven’t found a cure for the common cold. Or invented a road that doesn’t break down.

We’ve all seen them, and most of us have experienced them. That sudden, bumpy dip your vehicle takes, the swerve to try avoiding one.

When water sets into the roadway, when we experience freeze-thaw cycles, when it’s extremely hot, and simply over time: these are the things that cause cracks, and then those cracks expand.

Potholes happen. And at a great cost. The American Automobile Association estimates that drivers pay more than $6 billion annually to repair their vehicles from potholes alone. These include damage to alignment, shocks, struts, alignment, and tires.

Let’s not even go into the challenge of trying to get our pothole damage covered by insurance. The damage affects us all. Sometimes that results in a traffic jam from a vehicle broken down by a pothole. Sometimes that’s from the delay of a movement of freight due to the semi-truck needing emergency repair.

It’s a monumental problem, and one that’s much easier to see as an isolated incident than as a daily, costly problem affecting nearly everyone across the nation.

The website Pothole.info focuses on all things surrounding those nasty holes in the roadways. They have a profile of a polymer-modified asphalt, developed by Miami-based EZ Street, that’s “guaranteed to permanently repair potholes, utility cuts, overlays, and edge repairs in asphalt or concrete.”

Among the benefits, claims the company, is the ability to apply the product in water and in all weather conditions. State DOTs nationwide are using the product.

So, if we can’t yet invent the perfect road, we can at least prolong the need for major roadwork that slows the flow of traffic. And that seems like good news.