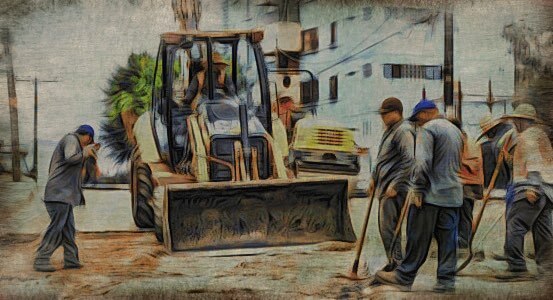 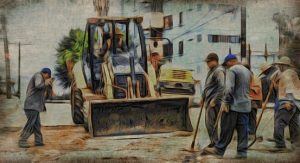 Following our entry last week on the pitfalls of potholes, we expand the issue this week to highway construction and maintenance in general.

Simply put: our nation’s roads provide a lifeline for passenger and commercial transportation.

The Federal Highway Administration categorizes the National Highway System to include nearly 48,000 miles of Interstate highways and some 180,000 miles of “major roads”—all of which carry the majority of highway freight and traffic throughout the country.

Some 3.18 million miles of roadway (77% of the total) are maintained by local governments. (If you’ve ever driven on a state road and felt a slight bump or noticed a sudden change in the sound your car makes interacting with pavement, that’s most likely the result of one county freshening the road, and, um, the other county not.)

Whether it’s from more and more vehicles in circulation, wearing out the pavement, or the regular cycles of weather expanding and contracting the pavement, our roads need constant repair.

We do a fair job at maintenance. In 2013, The Federal Highway Administration found some 16 percent in mediocre or poor condition. Rural roads—less trafficked—tend to be in better shape than urban roads.

A new mile of four-lane highway can cost up to $10 million in urban sectors. Yes, that’s per mile. And yes, it’s very expensive.

Where does the money come from? Congress created the Highway Trust Fund in 1956. The taxes we pay on gas and diesel feed into that fund, along with some taxes that are levied on heavy trucks and their tires. This accounts for some $40 billion annually, which the trust fund then allocates.

In our view, it’s a fairly reasonable tradeoff: vehicles impact the durability of the road, and so we are taxed for maintenance and repair.