Logistics Across the Year 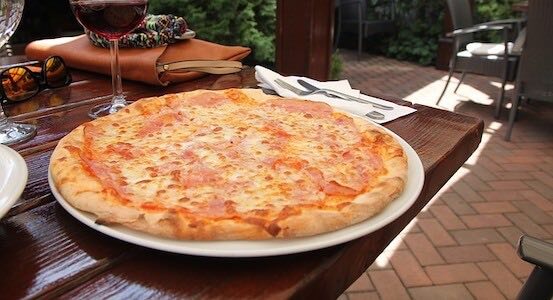 Or: Paving for Pizza

Which Came First: The Wheel or The Pizza?

Say what you want about Domino’s. (And we have a lot to say—like, that new doorbell app they’re advertising on TV: is it real? No idea.)

The pizza chain has been repairing potholes across America since last summer.

Coverage was strong. “Domino’s is ‘saving pizza’ one pothole at a time” declared The Washington Post (“Domino’s Pizza has added a new topping to its menu: asphalt”).

Depending on where you live and what you’re experiencing, our nation’s infrastructure is either in need of serious patching or a complete makeover.

With Congress in a (what we hope is temporary) holding pattern on a long-promised infrastructure bill, we applaud a private company’s contributing to better roads.

Which leads to a great question. From Business Insider: “Domino’s is repairing roads, and some people say it reveals a ‘dystopian’ truth about America.” One Twitter entry put it like this:

“Nice gesture. But what kind of state are we in as a society when Domino’s pizza takes a responsibility to fill potholes. Filling potholes is a function of government. Ultimately the goal for Domino’s is to sell more pizzas. That shouldn’t be the reason to fill potholes.”

Domino’s Paving for Pizza website allows you to nominate your town’s pothole(s) for a patch. By our count, the campaign has rolled into repair of at least one pothole in half our United States.

We applaud the idea and the practice because NATCO is a 3PL business that arranges movements of freight from, to, and through every state. As in: we’d much rather drive through a state than around it because of crumbling roads and bridges.

Public-private partnerships have existed in the United States since the 1970s, and they’ve dealt in part with infrastructure. (In a bit of a similar way, the Federal government built the Interstate Highway System; each State is responsible for maintaining its portion.)