The Road is an Open Book

The Lingo of Rolling Down the Road. 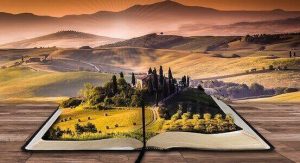 The Road is an Open Book

Though we’re not in the habit of creating book reviews in this space, there’s a book, recently published, that caught our eye and we definitely want to share it with you.

The Long Haul: A Trucker’s Tales of Life on the Road, by Finn Murphy has created buzz both in and out of the industry.

As his publisher summarizes:

“More than thirty years ago, Finn Murphy dropped out of college to become a long-haul trucker. Since then he’s covered more than a million miles packing, loading, and hauling people’s belongings all over America. Known by his trucker handle as U-Turn, he spends his days (and many of his nights) in a 53-foot eighteen-wheeler he calls Cassidy.”

While Murphy’s focus is on residential moves (oh, and chowder refers to weirdly shaped pieces of furniture), his focus is a microcosm of the trucking life in general.

The Long Haul has received some terrific response, both from professional book reviewers and from avid readers. Murphy shares some great industry slang along the way. Lollipops are the green mile markers that crop up every, um, mile along the highway. Bobtail is a tractor that doesn’t have a trailer. And deadheading is the driving of an empty truck.

So, while we’re at it, here’s a short list of books about trucking to add to your library:

Pedal to the Metal, by Lawrence J. Ouellet

A Thousand Miles from Nowhere, by Graham Coster

The Humorous Side of Trucking, by Buck Boylan

And, for the kids: Big Joe’s Trailer Truck, by Joe Mathieu

And, just so you know: we definitely do not recommend reading and driving. Better news: The Long Haul is also available as an Audiobook.

Be sure to visit Team NATCO’s YouTube channel and our recent video introducing who we are and what we do, all in a very visual way. Click HERE.