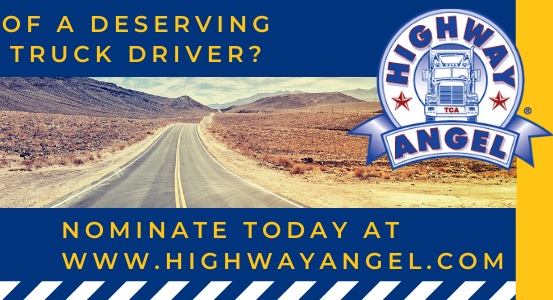 The Truckload Carriers Association (TCA) began its Highway Angel program in 1997 to honor truck drivers for their courtesy and courage in helping others.

From fixing flat tires to pulling someone from a burning vehicle, these carriers deserve the recognition for their heroic actions. (Yes, helping a stranger change a flat tire is her 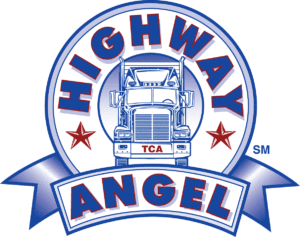 To date, nearly 1,300 truck drivers have been honored, at a rate of more than 50 per year. For those of you playing along at home, that’s almost one per week.

Our appreciation of, and respect for, truck drivers grows.

Timothy Sikes of Melvin, TX, comforted an elderly man, who’d lost control of his car and rolled into a ditch, until paramedics arrived.

Team Drivers Kloe Myers and John Dowdy of Thomaston, GA, used their truck as a buffer to traffic from a burning pickup truck, then put out the fire.

Christina Castillo of Union City, CA, helped an elderly woman who had suffered a heart attack and collapsed into the street.

Douglas Brown of Dallas TX, administered CPR to an unresponsive man until an ambulance arrived on the scene.

Mattie Efferson of Joplin, MO, discovered a man under a truck. He’d suffered a stroke and neck injuries from the fall. She stayed with him until medics arrived.

There are hundreds of others who have received the Highway Angel recognition, plus untold thousands of others ⏤ truck drivers and automobile drivers and pedestrians ⏤ who have not been recognized.

With all of those situations, these heroes don’t do such noble things for the recognition. They do it because it’s the right thing to do.

Know professional truck drivers who are deserving? Nominate them HERE.