The Path of Totally Smooth Driving 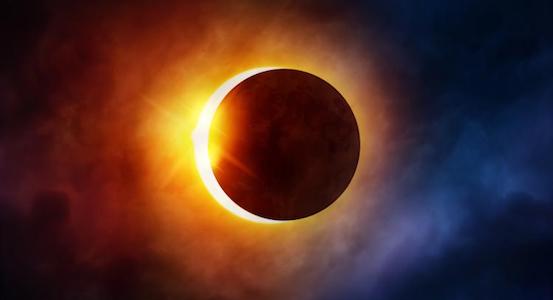 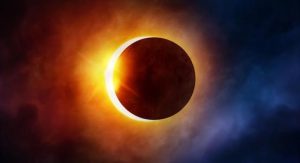 Damn this traffic jam, how I hate to be late, it hurts my motor to go so slow.

Millions of people experienced Monday’s total solar eclipse, a 70-mile-wide belt from Oregon to South Carolina. Millions more saw it as a partial eclipse outside of the path of totality. Consensus: it was inspiringly awesome. We cheered nature.

Also awesome were the traffic jams this event created. As we highlighted last week, dozens of events across those 14 states in the path of totality created huge logistics challenges for state officials.

The Federal Highway Administration requested that all states suspend road construction and repairs on Monday, and it altered its message boards across the nation, reassuring motorists that when the sky grows dark in the middle of the day it’s not the end of the world, it’s an eclipse, it’ll pass, don’t be afraid, don’t slam on your brakes.

Remember that the total solar eclipse—the time when the Moon was fully covering the Sun and it was safe to remove your special viewing glasses—lasted all of two minutes and forty seconds. No matter. It truly was an event,

All those preparations made for relatively good traffic conditions before, during, and after the event.

The eclipse aside, traffic congestion is a major concern for the freight transportation industry, especially when we fold in time-sensitive deliveries. When a customers’ load requires arrival at or before a specific time, the last thing anybody wants to experience is a stalled vehicle on the road, bottlenecking traffic for miles and precious lost time.

Strategy, then, is vital for mapping the most efficient routes. With enough preparation, it’s possible to find alternate routes. Dispatch can coordinate with carrier in real time to act both preventively and reactively.

And increasingly sophisticated traffic apps are available for real-time alerts. Some of these are defined as “crowdsourced,” with the drivers themselves contributing information regarding closures, accidents, and gas prices.

Sometimes remaining on a major thoroughfare—even one with reported congestion—is unavoidable. Factors here include a driver, already en route, with a sudden and unforeseen jam ahead (unlike highway construction, accidents and vehicle breakdowns don’t exactly announce themselves), weather disruptions like flash flooding, and permits that restrict a given movement of freight to a particular set of roadways.

Team NATCO campaigns to be ahead of the curve on congestion. Which means that we’ll be ready for the next eclipse: April 8, 2024.