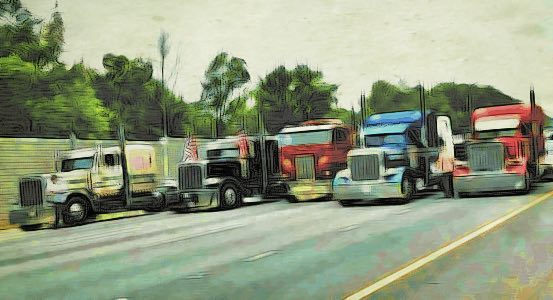 The Matters of Black Smoke 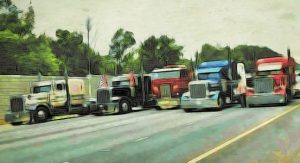 One of the ways to call attention to the things that disturb us is to disturb things. When you disturb traffic, that certainly calls attention.

Case in point: Truckers in Indiana participated in “slow roll” protest last week on Indiana’s I-465, the beltway circling Indianapolis. Their strategy: to create a convoy, traveling at less than 50mph, looping twice around the beltway before converging at the T.A truck stop near I-70 in Clayton, some 16 miles southwest of the beltway.

The slowed traffic will no doubt garner notice, from those on the highway and from the media, which is the purpose of the protest.

Their grievances are six-fold:

This is not an isolated protest. The Black Smoke Matters group organized a large protest at the National Mall in Washington, D.C. last October. Others have been held, including in Illinois in January, in Texas earlier this month.

All of which is leading up to a protest planned nationwide on April 12th. It’s not a small thing; the Black Smoke Matters group has nearly 25,000 members on its Facebook page alone, with some 5,800 new members in the past month.

We’re certainly in favor of sensible reform. And truck drivers are the backbone of the 3PL industry. They literally transport our work from concept to reality.

With or without media coverage of these important issues, we have a keen interest—and responsibility to pay attention. Smart strategy includes preparing for the possibilities, whether they’re the cleanup and recovery from natural disasters or working with our carriers to assure timely delivery.